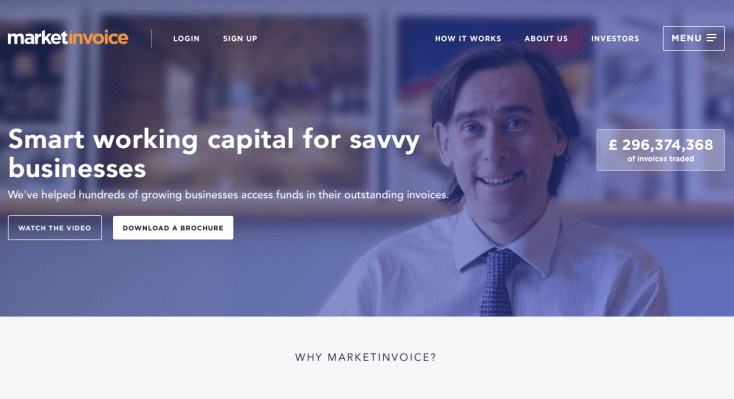 Further proof of London’s fintech boom. This time it’s the turn of Market invoice to secure a new round of financing.

The UK firm, which plays in the peer-to-peer lending space by enabling businesses to raise money from institutional investors and high net worth individuals by ‘selling’ unpaid invoices, has raised £5m from VC Northzone and Paul Forster.

The latter co-founded and was former CEO of Indeed.com, the job search engine that had a successful exit in 2012. And – along with Northzone – would play an “active role” in helping the company make evolve its operations.

Hence today’s new funding, which is to accelerate MarketInvoice in a bid to continue a growth trajectory that has seen it trade nearly £300m through the platform, of which nearly £200m pounds sterling this year.

This growth, of course, is also benefiting from the recent UK banking crisis and their general reluctance to lend to small and medium-sized businesses.

More recently, the UK government stepped in through its British Business Bank initiative to invest £5m through the MarketInvoice platform (in addition to other P2P lenders), as part of a wider bid to inject liquidity in an otherwise stagnant credit market for SMEs. This is a theme enjoyed by all alternative lenders in the UK.

To that end, the invoice financing industry is quite old, but is often seen as an avenue open only to companies on the verge of bankruptcy. MarketInvoice wants to change that, while providing the benefits of speed and scale that come with moving the process online.

The way it works is that invoice buyers – such as hedge funds, asset managers, family offices and high net worth individuals – bid in a real-time auction to determine how much of an invoice’s value which they will provide in capital, minus their share. MarketInvoice itself then takes a slice of that pie, which of course is how the startup makes money.

A New Look at Bill Financing: A Look at GapCap